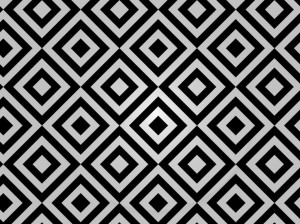 “When I became a man, I put away childish things, including the fear of childishness, and the desire to be very grown up.” ~ C.S. Lewis

My kids are twelve and fourteen, and I am just now beginning to get a handle on what it means to be a good father. It’s a miracle they’re as well adjusted as they are. Being loving is the most important thing. My sense of discipline was way out of whack for a really long time, and that’s a huge understatement. All said and done, I’m really glad my kids are exactly the way they are right now. I feel like they’re fully awesome.

I threw my shirt and pants on top of my cat just now as I took them off. I couldn’t help it. She had been sleeping, and when they flumped down on her she made a little unhappy sound, and I felt bad. I took them back off and gave her a little pet. She purred a teensy bit. She knows I’m weird.

Being a human is so complicated, and yet so simple…all at once. There are all kinds of things to pay attention to, but you will automatically do everything properly (inasmuch as you are capable, anyway) if you center in on some very basic things. Love. Patience. Self awareness. I mean, I guess it can’t really be encapsulated in words. At least not by me (at least not right now.) It’s like that, though.

Life right now is like a beautiful, terrible work of art. When I look at it from one angle, it makes me weep for joy. If I turn and face it again, after I’ve walked a little further, it terrifies me, and I feel like there is no hope and no escape. The only thing I can do that centers me is to look Within, and to Know. I have to put out my hand and steady myself, and maybe give myself a little slap on the cheek of my soul, and say, “Listen, self: you are okay, and you are going to continue to be okay.”

I might make macaroni and cheese tomorrow. Homemade! Or maybe it will be a something else day. My kids love homemade mac and cheese, though, and I really enjoy when they love what I make. It’s just a really good feeling, providing something they enjoy.

I’ve been gravitating back toward orthodox Christianity again recently. I use orthodox in probably the loosest possible sense of the word, as I am not much for absolutes. I think that the point at which one stops allowing themselves to ask questions is the point at which they have begun to resign themselves to the worst type of atrophy. I do think that there are absolutes in the universe, and that it is our highest purpose in this plane of existence to pine after them and to aspire to live in observance of them, but there are things that we simply do not get to know for sure right now. Why, I do not know, and to be fully honest the whole thing does not seem like a very good idea to me (which is putting it mildly; it basically seems like the worst idea ever — ‘it’ being basically everything.) I think it’s okay to feel that way, though. Read the Psalms for about thirty seconds and you will see that David did not always wait until he had something nice to say before he wrote stuff down.

I am not the decider, though. I mean, I am A decider (a miniature one, of sorts) but I did not write this code, and I was not consulted while it was being written. At least I don’t remember anyone asking me. Sometimes my memory is not the best, though.

One thing I do know for sure: sometimes we must come full circle to find the truth.