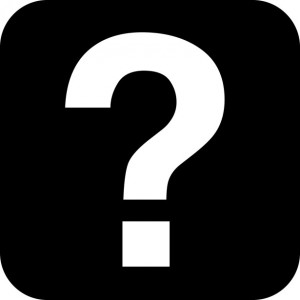 I’ve been trying to write about this for the past six months, and there is just no easy or tactful way to do it. It’s going to make me sound like a complete lunatic, but I don’t really care. It’s the truth, and that should be what matters most.

The pure and simple fact is that I came to believe very strongly in God after experiencing a series of ridiculously unusual events that I could not explain away. After experiencing the kind of disillusionment and disappointment that I did with regards to Charismatic Evangelical Christianity subsequent to these experiences, I entered upon a long season of life wherein I thought that there simply must have been another explanation for these happenings, considering that the human mind is so much more powerful than it is commonly given credit for, and especially considering how I had, after all, at the time of these events, basically just finished staying as high as I could, on what I diligently made every effort to ensure was a consistently non-stop basis for several years during some of the more crucial stages of human physiological development.

It all started three weeks after I had found myself checked into a very intensive, long-term chemical dependency treatment program. Long story about that made short: I was no longer eligible for enrollment in the State of Michigan’s public school system, I was nowhere near having enough credits to graduate, and my parents were all done letting me live at their house owing to my problems with drugs and the law in recent years. This particular program is a rigorous year-long-plus ordeal, and you don’t end up there unless you need to be there. The courts use it as something of a last-ditch effort to sort out lost causes. I saw it as perhaps being an extreme enough behavioral modification device to be able to help someone who had spun out of control as badly as I had at that point.

Twenty-four hours after entering the program, I decided it wasn’t for me, and spent the next three weeks doing everything I could think of to do in order to get kicked out. Just stupid stuff; things that wouldn’t get me locked up, but hopefully annoy them enough to give me the boot. These people were extremely forbearing, but finally they obliged me, whereupon, not seventy-two hours after arriving back in Lansing on the Greyhound (and swearing up and down that I had changed, and that everything was going to be different now) I found myself getting high again.

I was sitting in a circle with about six or seven other people, in my friend Josh’s living room. Josh was playing electric guitar and everyone was baked. I was ridiculously high, having been sober as a baby’s left butt cheek for the past three weeks, when suddenly I heard a voice that seemed to emanate from the middle of my head or something. It sounded like what I would imagine it would sound like if a river could talk. I know that doesn’t make sense, but that’s really the best way to explain it. (It should be noted that I was just high on weed, nothing else, so it’s not like I was tripping or anything. Pot doesn’t make you hear voices.)

I had been deeply engaged in contemplating the various nuances of Christian theology for maybe a year and a half or so before this, having had something of a born-again experience when I was sixteen years old. Being inquisitive and analytic by nature, I had never really been able to reconcile myself with the Biblical literalism (if you will) of the particular vein of Evangelicalism that I had somewhat fallen in with at the time. What that meant was that, while I found myself absolutely and inexplicably assured of the saving grace and guiding hand of God upon my life, I was unable to come to terms with some of the more idiosyncratic particulars of American Christianity (this is a problem that plagues me to this day) and, as a result, I really struggled with accepting that the whole thing was, in fact, real, and not just some elaborate psychological construct.

In other words, while I had become a Christian, I couldn’t get away from that little You could be making this whole thing up thing in the back of my mind.

Anyways, so here I was, high as a naked monkey in a space capsule, and I heard this weird voice say, “Do you believe in me?”

I really wasn’t sure what to do at that point, but I interpreted the word as an instruction, and figured that I was being told to raise my hands and worship God right then and there as some kind of a test of faith or something. At first I was like, “I…can’t do that,” in response to which I sensed a disappointment coupled with a persisting encouragement to reconsider. I really am describing this as best I can. It was just so freaking weird. After a moment, I decided to just go ahead and do it, and I began to lift my hands up like I was in church and say “I praise you, Jesus,” over and over again. Everyone was pretty high, so only one guy actually noticed, and he just sort of was like, “What the…”

So here’s the part about this particular experience that I’ve never been able to explain away: once I started doing the hands-raising-worshiping-God thing, the high just sort of leaked out of me like air from a balloon, and then there I was, sitting there just sober as could be, with my hands in the air, muttering to myself like a crackhead. I would just like to take a moment here to reiterate that I was EXTREMELY HIGH ON MARIJUANA FOR THE FIRST TIME IN A VERY LONG TIME when this happened, which is not the type of high that you can just suddenly sober up from. This whole process took maybe ten seconds max.

Once I was sober again, I quickly put my hands down and thought really hard about things. I heard the voice say “Go back.” I knew what it meant, and I left immediately to go home, where I immediately called the treatment program I had been at, and asked to speak with the lady who had been assigned as my counselor. I explained to her what had happened and she was just like, “Oh! That’s wonderful! I had been praying to God that he would make himself real to you, and he did, Ben!” LIKE IT WAS THE MOST NORMAL THING IN THE WORLD.

That wasn’t the really crazy part, though.

Ok, so I went back to Minneapolis on the Greyhound, and six months later I found myself in the middle of what this treatment program calls Spiritual Emphasis Week. This is basically a week where all of the normal programming is suspended, and you just go to church for six hours a day. I mean, basically that’s what it is. They have a special guest speaker come in for it. This time it was a guy who…well, let me just describe what happened.

I was sitting there in the middle of 90 or so other program clients, when the preacher at the front of the room just yells “I HATE THE DEVIL!” Suddenly, the whole atmosphere of the room changed. I mean it literally changed. It was like a filter that is normally over everything was just somehow pulled away. People here and there throughout the room began to twitch and writhe. He walked up to one woman and just started yelling “GET OUT OF HER, DEVIL. GET OUT!!!”

The lady started to yell, but it was like…okay. For one thing, the sound wasn’t exactly coming from her mouth. It sounded like it was coming from another dimension. And it was all slowed down and muffled, like an audio clip that had been messed with. It sounded like death metal growling, but it was like the sound itself was…different from normal sound.

So this guy goes from person to person, casting demons out of people, and I mean…okay. I have been trying to write about this for fifteen years, and I can never manage to do it because I just feel like it couldn’t have really happened, like there must be some other explanation for the things I saw. But it did happen.  It happened every day for a week, for like six hours a day, and these were people that I had known for the past six months, so it wasn’t like these could have been actors that were planted in the audience as some sort of a hoax or anything. Also, this was not a high-budget ordeal. This program was running on a shoestring hanging from a phone line in the middle of the inner city, and everything was in the red one hundred percent of the time, money-wise.

Besides all that, the stuff that happened…I’ve gone over it over and over in my head, and I just don’t think there’s any way it could have been staged. The room would get cold. You could feel things moving through the air around you, and they smelled terrible. I saw a girl levitating like three feet off the ground while she was getting prayed for, with people all around her trying to hold on and pull her back down. I saw people who weighed like ninety pounds who were throwing full-grown men off of them like rag dolls. And the atmosphere of the room while all of this was going on…I mean, there’s just no way to describe it. I’ve tried to describe it over and over for years, and I can’t do it.

And those voices. Ugh. It wasn’t like the person was manipulating their vocal cords to make a weird voice…it was literally like something else was using their physical body as a conduit for some sort of energy. It was like the sound was coming from somewhere else in space and time, and the person’s vocal cords had nothing to do with it.

A couple years ago, I got in touch with everyone I knew who had been there at the time who I still have in my circle of contacts (it was five people) and asked them if they would do me a favor and write down what they remembered from that week. At the time, I was trying harder than I ever had in my life to research just what exactly had happened during those, ah, church services, and to come up with some semblance of an explanation for it other than “A guy was casting demons out of people.”

Everybody I spoke with agreed to write down what they could remember, but nobody ever did it or got back to me about it, and to be one hundred percent honest, I do not blame them one little bit. It’s really disturbing having seen stuff like that. It’s not pleasant trying to go back and think about it.

Alright, I’m just going to sort of be done with this post now, even though there is a lot more stuff that I probably should say in conjunction with the above recollections. I will probably come back later an finish it up. I just…I’ve got to start getting this stuff out little by little, or I will never do it.