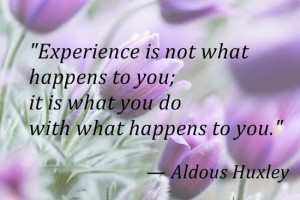 Last night I dreamed that I relapsed. They say that you don’t have one dream for an extended period of time while you’re sleeping. They say that your dreams only last a very short time, and that you have many of them over the course of a given sleep cycle. This has not been my experience. For me, dreams tend to be extremely long and epic, lasting all night long. It’s not uncommon for me to wake up, get out of bed for a while, then go back to sleep and end up right back in the same dream again. When I was seven years old, I had the same dream for three months straight. It wasn’t the same exact dream, either, per se; instead, it was like every time I went to sleep, the dream would pick back up right where it had left off the previous night.

Anyways, my weird brain aside, this dream that I had last night, the one about me relapsing…it honestly could not have come at a better time.

For just about ten years I had been in various stages of alternately battling or not battling with alcoholism. Last year it came to an end. It came to an end so hard that for something like three months or so afterward, not only was I not tempted to drink again, but the very thought of it was physically revolting to me. Inevitably, though, once I began to learn to be healthy again, and had fallen into something like a normal pace of life, those old familiar voices would come by to say hello once in a while:

“You’re doing so well! You can take your liberty if you want. It’s a perfectly reasonable thing to do.”

Or, when things didn’t seem to be going so well:

“Nothing you’re doing makes a difference anyway. You should just tie one on.”

When I’d finished up with treatment this last time around, in the late fall of 2011, it was that first flavor of suggestion that ended up getting the better of me. More recently, it’s been the latter that has been attempting to eat away at my resolve.

This dream did me a big favor, though, in that, by experiencing it, I was able to live out all of that disappointment and regret that would go along with a relapse if it were to happen in real life. I mean I really got to feel it all, from top to bottom and from the inside out. Thick, syrupy disappointment. That deep, throbbing grief that goes along with a situation in which you so desperately wish you could take something back when you simply can’t. I mean, this lasted for a long time, too. It was one of those dreams where you live out this long sequence of events that seems like it takes weeks and weeks. Upon waking, I felt myself full to the brim with joy and gratitude for it having been only a dream after all.

But I was given all the virtual days of that long and winding dream to ponder and deal with the realities of what exactly this whole thing is, why I’m in it, and where it’s going. Until last summer, recovery was always something that I had to do because, well, I just had to. I liked getting wasted more than I liked being alive in the real world, and sobriety was simply a duty that needed to be performed in order to do the right thing and follow through with my responsibilities. As such, my relationship with it was a tense one, full of begrudgery. My little red squiggle underliney thing is going off on me, but I don’t care. It’s an outside-the-box kind of paragraph, and these people need to loosen up and taste the tangerines.

I don’t know why it took what it did to change me. It took me inflicting an inconceivable amount of pain on the people I love most in this world (my wife and children) and then, in turn, experiencing the inevitable result of that kind of cruelty. That’s just what it took to take me by the back of the head and force me to look deep, deep into my own soul and see how badly things had been going in there. I hate that it took so much, but that is the sad, simple fact of it. After the changing happened, though, and I had (I now believe for the first time in my life) really, actually done a 180 from the inside out, I found myself suddenly able to genuinely want to engage fully and sincerely in the lifestyle of recovery that I had spent so much of my life learning about. I found that I now really did hate the things that had brought me to such a condition, the things which had caused so much trauma and agony for the people I cared most about. Now I fully desired to do whatever it took to root these demons out of my life, and the resolve that it would take to follow through on such an undertaking.

The whole time previous to this, I’d been told what I needed to do to build a successful life, but deep down inside I hated myself, and I didn’t know why, and so I didn’t really believe that I ever could have a successful life. I believed I was destined to fail.

But that, my friends, was hogwash.

Why did any of this have to be? Well, I’m not convinced that it did have to be, but why was it? Why is the sky blue? Scientific knowledge of light and the atmosphere aside, from a purely philosophical and metaphysical standpoint, no answer for the question presently exists to be had by humans. And so it is with this. All I know for sure is that here I am, and this is what it looks like. All I can do is choose to go in one direction or the other. The one is in keeping with fear, the other resonates with love.

I choose to look at the world with love. Period.