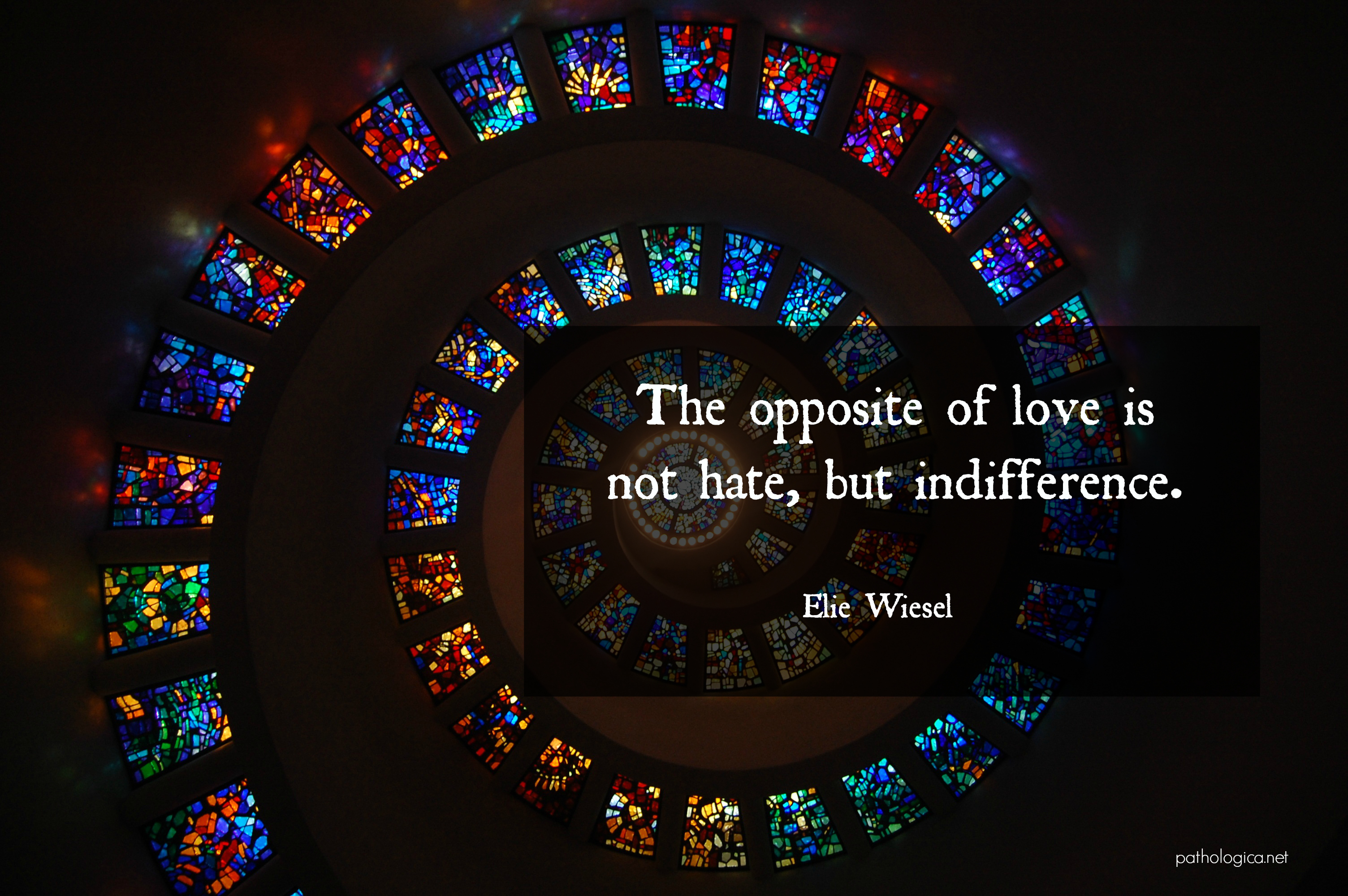 The drug and alcohol treatment center I work at had one of their monthly graduation ceremonies the other day. I like to attend these things whenever possible because it really helps me to keep stuff in perspective. Basically, it consists of a formal public gathering where clients who have completed the program tell a little bit about themselves, and have family members and program staff come up and share stories as well.

Graduation is reserved for those who have completed the long term (12 month) program (30, 60, and 90 day options are offered as well, and there is also an outpatient track available.) It generally takes quite a bit of damage for someone’s life to get into a state where they’ve decided that going through rehab for an entire year is something that they want to do, and many times the decision isn’t entirely theirs, so the anecdotes and testimonies are often very deeply emotional ordeals for the participants. People cry a lot. I usually cry, too.

The thing is, this most recent ceremony that I attended hit me really hard, way harder than they normally do. It’s always a moving experience, listening to parents and children recount how their loved one ran everyone ragged for x number of years before finally coming to the end of themselves, but it was like this time everything was somehow reaching down a few extra layers and touching parts of my soul that, I was surprised to discover, had yet been cold and hardened from way back in the day, when cold and hard was the only way to survive.

The thing that really kept moving me over and over again was the realization of how difficult it is for loved ones while the person is in active addiction, and how indifferent the addicted person is to their pain. It doesn’t matter how close the relational bond. Addiction mutes everything. It stifles all empathy and silences anything that would present any semblance of rational thought insofar as that thought would threaten the continuity of the addictive behavior cycles.

Even beyond that, though, I was seeing how those behavioral cycles had continued in my own heart long after the addictive patterns had ceased, even right up to the present day.

The bottom line to the whole thing was the shocking realization that I have almost all my life been operating in a type of self-centered delusion that goes hand in glove with addiction, and that there were ways in which I had been doing this even way before I got into drugs as a teenager, and that I’ve been doing it almost all of the time ever since then, no matter what stage of recovery I’ve been in.

Take this most recent situation I’ve been stuck on (my wife leaving me two years ago.) We met when we were basically teenagers. I was in very early recovery, and was still much too young and immature to handle anything like a serious relationship. To make matters worse, we became closely involved with one another while immersed in a highly toxic culture of megalomania, and while having our genuinely innocent zeal to change the world commandeered by a narcissistic youth ministry leader.

That already sounds weird, and I worry that describing the situation any further will only serve to make me look completely crazy, but to summarize, I was manipulated and abused in a way that leaked into my relationship with her, and I became manipulative and abusive as a result. To my everlasting shame, the abuse became physical, and those patterns continued to mutate and echo down through the years even after we’d finally walked away from that whole circus.

I mean, I became a completely different person. Whereas my time in rehab had begun to condition me to see the world in terms of what I could give, and how I could help, these experiences flipped the script completely, and sent me spinning right back into the behavior patterns of an addict. Only it wasn’t drugs I was addicted to anymore; now it was something different, some weird, psychological thing I can’t even really describe right now.

I stopped cooperating with Love, though, and I became a parasite again, just as I’d been before, when drugs were the thing, sapping and draining the life force out of everyone around me, desperately trying to heal a wound in ways that were destined to fail. Acting like a crazy person, really.

I ceased to value and cherish my partner. In the place where I had been, by nature, ordained as her helper and protector, instead I became her captor and abuser. At some point, she relinquished hope and went on autopilot, continuing to be a wife and mother out of sheer willpower, because she felt it was the right thing to do.

There came a point, though, after years had passed, and I had failed to wake up, where she simply couldn’t do it anymore. She was losing her grip on her own mind. She had to leave. It was leave or go all the way under.

Somehow, though, after all was said and done, and after I’d been shocked out of my alcoholic reverie by the sheer discomfort of having the security of her love taken away from me…somehow I still saw her actions as a personal attack. I still felt that I had been wronged by her departure. Somehow, my perception of reality was so distorted, my emotional continuum so steeped in the patterns of addictive behavior, that despite all the pain and loss that I myself had caused, I still felt that it was me who had been the real victim in this situation, and that she was the villain for…some vague, indistinguishable reason which I am now able to see was the pure and simple fact that, by removing herself from the parasitic grip of my naked insecurities, she had taken away the center-most idol that I had set up in my heart in the place of God and all that should be there by nature’s original design; she had taken away from me that intimacy which I had always craved, even from when I was a very young child, that intimacy with a woman, the desire for which lies in the exact middle of a man’s hopes and dreams, and the ravenous hunger for which has dominated most of what has been written and performed with regards to art and music since the dawn of literary history.

I saw this all laid bare before the eyes of my heart as I listened to the graduates and their families tell their stories last Friday, and as I left I thought to myself that, if I never achieve anything else for the rest of my entire life in the realm of spiritual progress, I want to do this one thing: forever reckon the source of that selfishness dead. I don’t want it to affect one more single, solitary molecule in this world for the as long as I still have breath… That sickness which poisoned such a perfect thing as the love I remember having for her at the beginning, before it was lost forever, enfolded beneath waves of darkness and fear.

From this heart now on, may only light and love radiate, may only life and peace shine forth.