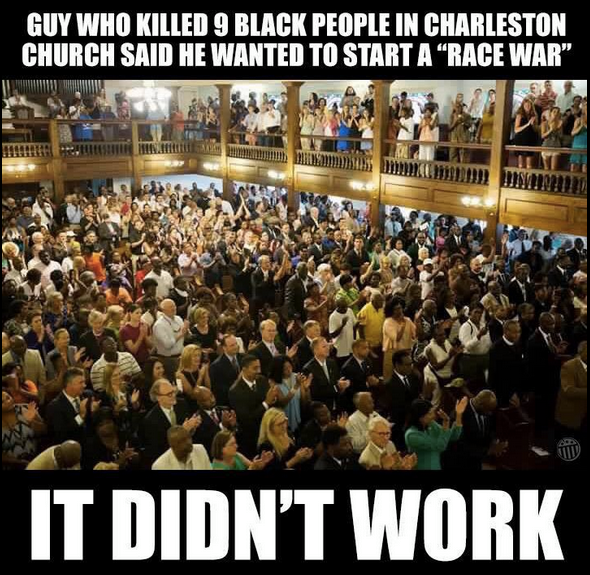 I have been seeing the above image pop up on Facebook over and over during the past few days, and every time I see it, I click “Like,” because that’s how much I like it. It is just so good to not only see such a positive reaction to such a horrible thing, but to see it being promoted and passed around on social media, which so often serves mainly as an arena for little more than interpersonal passive aggression.

I think it’s good, too, that items like this are cropping up in the form of macro images, almost comically concise and able to be processed at a glance, because it effictively communicates much needed encouragement and positive affirmation to an audience that is at once infamously impossible to reach and undeniably crucial to the survival of humanity on this planet — the youth.

Most kids won’t read an entire article, and the headlines and captions they do take in are generally promoting one side or another of an extremely polarizing, distorted take on reality. Our media, owned by the wealthy powers that be, is being used to divide and control us, and it saturates nearly every facet of our existence. Bits and pieces of positive news with a message of unity and inclusivity like this is really encouraging to see.

I mean, that’s all I’ve got right now.